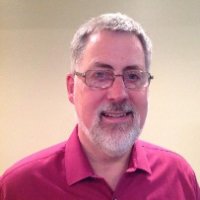 Larry has grown up with computers since his father became a CE in 1967. He obtained a bachelor’s degree in Computer Science from Calvin College in 1982 and soon after began working on IBM midrange equipment with the S/34 and S/36. Larry began working on the AS/400 at its introduction in 1988.

After spending many years as a developer, Larry began working on communications, networking, and systems management tasks. Years of working with SNA, SDLC, SNADS, APPC, APPN followed by Token Ring, Ethernet, and TCP/IP taught strong communications troubleshooting skills. In addition to networking on the IBM side, Larry learned the infrastructure components of the network including switches routers and firewalls, working chiefly with Cisco equipment.

In 15 years as an IBM Business partner Larry worked with IBM’s systems from design through implementation and migration. He has worked on the smallest and largest and everything in between. He has been involved in many Beta and other early release programs with IBM. Larry has held more than 30 IBM certifications on the AS/400, iSeries, System i and Power Systems, including IBM Certified Advanced Technical Expert and is a contributing author to many IBM Certification tests.

Larry is a frequent and award-winning speaker at users groups around North America covering Systems design and management, networking and connectivity, work management, PTF, and Hardware Management Console topics. He has been a long-time volunteer and speaker with COMMON and has been awarded Gold, Silver and Bronze medals and also its highest honor, the Distinguished Service Award.