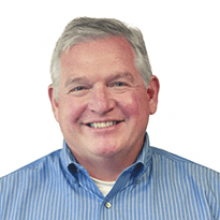 Tom Huntington was named an IBM Champion in 2016, 2017, and 2018 for over three decades of advocation and thought leadership on the IBM i platform. At HelpSystems, he works with business alliances, acquisitions, and large customer relationships and ensures that HelpSystems solutions work with other major software and hardware vendors.

Tom is author of the HelpSystems IBM i Marketplace Survey and AIX Community Surveys and has contributed several articles on automated operations, cybersecurity, cloud computing, and business intelligence for leading trade journals and newsletters.

A conversational and engaging presenter, Tom is a speak-after speaker at trade shows and user groups worldwide. His long-running and well-attended webinar series through HelpSystems has continued monthly since 1999. Tom’s MITEC speaking session “IBM i: It’s Not Just AS/400” is based off his tremendously successful webinar of the same name, presented in partnership with IBM’s Steve Will.